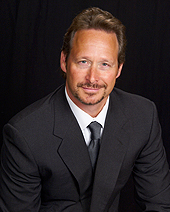 Within the Indiana legislature the economic burdens of an out of control prison and jail population has become the only restraint to present criminal sentencing laws. While compassion and reason may offer the best rationale for why Indiana’s criminal punishments should offer varied alternatives to incarceration, conservative sensibilities simply do not wish for prison housing costs to reach into the pockets of eligible voters.

For years, legislators vexed with how to find creative solutions to economic problems would routinely turn to criminal legislation as a convenient and mindless means by which to justify their legislative seat. Increasing criminal sentences for all crimes has become a bipartisan exercise both on the state and national level and has thus far carried little political risk.

Without giving too much thought to the long term consequences, Indiana lawmakers have ironically incurred an unforseen political penalty they had been avoiding by causing for the increased expense of a burgeoning prison population.

Constituents who observe the liberalization of Marijuana laws nationwide and reported cases of single mothers incarcerated for drug possession offenses have begun to make their displeasure known. While I believe many in this conservative state have been spurred to action by the notion that the present penal liabilities may require additional tax obligations to Indiana voters, the increased attention to reforming our criminal laws is a needed development nonetheless.

The day of reckoning has now arrived for Indiana lawmakers where the pendulum has swung from the priority of erring on the side of incarceration to that of alternative forms of punishment. As an attorney, I harbor no illusions that lawmakers desire for rehabilitation has become the foremost priority directed toward those subject to punishment. However, within this window of opportunity myself and other Indiana lawyers eagerly await enactment of proposed new laws that will allow us to succeed in getting the rehabilitative assistance that many of our clients have needed.

A meaningful dialogue in the area of criminal rehabilitation for certain classes of offenders has been scuttled for far too long. As a result worthwhile legislation has been denied in the interest of sending messages to the general public that drug or dui offenses can best be deterred through get tough incarceration.

Not unlike many Indiana legislators stance on the present initiatives in Washington and Colorado to enact comprehensive Marijuana law reform, more “liberal” solutions to societal ills without the real threat of meaningful incarceration will continue to fall on deaf ears.

Let us hope that a more engaged majority in the Indiana legislature will utilize this opportunity to further the cause of expansive therapeutic sentencing options for those with serious alcohol or drug addictions that can negatively impact society at large.

Although the reported alterations of law tend to be focused upon felony punishment in Indiana, any solutions that can more specifically allow for a broader range of sentencing options for those convicted of crimes can only be a positive if considered with a more rehabilitative mindset. The one size fits all approach to the sentencing of criminal defendants in Indiana in place for over four decades has simply not been responsive to the realities of what is causing many of the criminal prosecutions and arrests throughout the state.

While there is certainly a time and place for the deterrent of incarceration for convicted offenders, for my clients accused of dui and drug offenses it is almost always the case that it is the rehabilitation through customized treatment that is in the best interests of the sentenced defendant and in turn the general public.

Of concern amongst the legal changes on the horizon are the possible efforts of lawmakers alarmed at losing the punitive potential of prison to seek alternative forms of “quasi-punishment.” Such sanctioning that in my view are more with the goal of punitive deterrence than the actual and logical benefit to reducing crime in Indiana.

For example, within the context of drug or dui cases, renewed mandates for unreliable reporting instruments connected to vehicles and within the home immediately come to mind. Manipulative efforts to compel the impoverished to pay for the punitive tools of private industry at the expense of dependent children or potential educational job training efforts.

As new laws are advanced I will be eager to share how I will be in position to best maximize application of emerging legislation to the defense criminal of prosecutions throughout Indiana.